His lungs could take no more.

Teroux had nothing left to fight off the grasping desperation around him, but he wanted to live! He thrashed and managed to dislodge fingers clutching at his throat. He kicked hard against a tumbling, inert form, using it as leverage, and fought his way through the press of bodies, some so intertwined in the dance of death he would lose his way if he did not go around them. He had but seconds before he swayed in an eternal current of oblivion.

His lungs were a-fire, his eyes extended in the effort to hold, to save, to have that final breath of life.

Is it true one stiffens before the nerveless state of death?

In blind panic, he surged up with everything he had left.

And pierced the inky surface of a silent, calm lake.

Gasping, spluttering, he drew in precious air. It burned worse than a lack of had, but was also the most glorious sensation in the entire universe. He drew more in, held, released, again and again. Life was precious, so very special.

Debris from the ship bobbed silently, accusingly, upon still water. Amid the destruction, lifeless remains of crew and passengers floated.

It was calm and quiet, when half an hour ago everything was chaos and all was insanity.

Teroux swam to a broken spar, wrapped arms around it, rested his head against the swaying wood, and surrendered consciousness.

He had given all.

A Sphere of Manipulation

Tianoman is kidnapped and taken to the place where a silver cathron knocker lurks in the darkness of a polished surface, where also a crucible swirls in vapour, creating within an entity that cannot be permitted life.

An entire planet is vaporised and souls scream for release in the aftermath. As Torrullin Valla’s memory returns after the event on Echolone, his ability to forgive is buried in the layers time has laid down in his mind, and now he needs to care, to feel again, to forgive. He must travel the void created by anti-matter to find not only Tianoman and the other Vallas, but also Elianas Danae.

Elianas is taken in the unleashing of mighty manipulation, for he must suffer most.

Quilla, birdman, sat cross-legged on the smoothness of the eastern balcony of the temple.

Before him, a vista of indigo and deep mauve shadows, each gradually giving way to the amber and gold of a glorious Valarian sunrise. The air was frigid and he shuffled his wings to wrap around him for protection against the intrusive cold.

How many millennia had he waited to see the sun arise for Valaris? He lost count of the years spent as a breath and thought, an ethereal wanderer through the Temple’s mighty halls. Now he was a physical being, a few too short months, and every day was new and miraculous and every sunrise spectacular.

It could end eternally in the next few days.

He trusted the Enchanter to keep his word … and doubt niggled. Did anyone really know another?

The blue birdman sank into a crouch nearby. “You have watched him, Quilla. You know he is honourable. And I have spent enough time on his shoulder as Falcon to fathom his moods and intentions. He will come.”

“It seems to me we hark to his will. Is that not dangerous for the Q’lin’la?”

Phet was aghast. “You would ask that? Is he not the One? Are the Q’lin’la unique in this?”

“Everyone harks to his will. It is a dangerous precedent.”

“And yet it is so. How much power does that confer, Phet? Are we not creating a tyrant? Already the man has a dual nature. He is Lifegiver and Destroyer. What if our bent knees and heads grant free rein to the Destroyer side of his nature?”

Quilla murmured, “I do know him.”

Phet glared, eyes flashing ire. “I am sorry, but you cannot, not if you think it a possibility. Torrullin has inner demons, granted, but he ever seeks the good.”

“In this current climate it is expected of him, yes. What of tomorrow, when there is nothing left to fight? Darak breeds in boredom.”

Phet shot to his feet. “I am not listening to this.” He strode away.

He left Quilla with contrary thoughts.

Who was the real Torrullin? 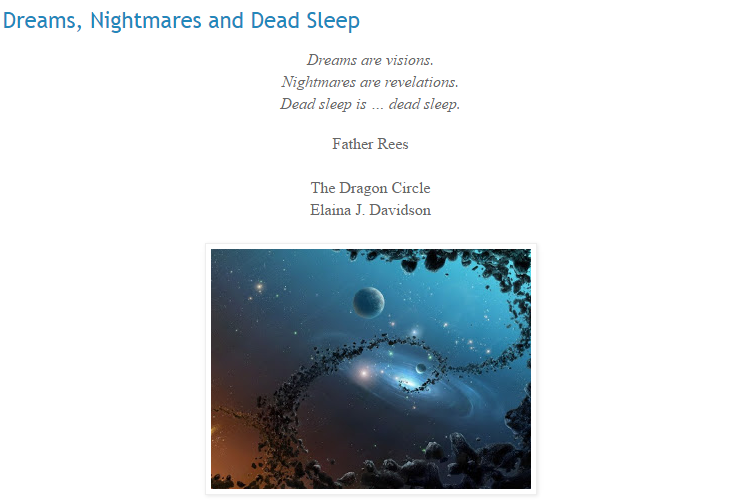 Outside, the bright globe of the moon rode the skies high, and celebrations erupted.

Inside, the might of two armies fought the three who dared challenge the Darak Or, and attempted to swipe the irksome bird from the ceiling.

The darklings hissed, for the constraints of space frustrated them, although not as much as their inability to deal with a woman, a man obviously not made for battle, and one who was, but who was also exhausted. The soltakin made not a sound, but their amber eyes fixated in expectation.

All knew it was a matter of time.

Phet tried to find a way through the water hole, dodging swords with much squawking, and returned nearly drowned.

Too small, he sent, even for me.

“Our goose is cooked, my friends,” Lanto said.

All three were bloodied blue and red, their swords slippery.

“Nice knowing you, truly an honour,” Lanto said, and tossed his sword into the air. It passed through an astonished soltakin before lodging in a particularly nasty darkling slashing at Phet. “Yes!” Lanto crowed, and sank onto his haunches amid dead and dying darklings, laughing hysterically.

Saska reached down with one hand to drag him up.

He shook her off. “I have no more to give.” His head lowered.

Rayne was silent, his gaze again to Raken. “You are the famous pirate almost caught on Ren lake, and ever slippery after.”

She inclined her head. “And you would be considered the ‘authorities’.”

Rayne grinned. “Gods, no. I think I would rather be stupid than in charge.”

She managed a smile, watching him warily. “I gather you’re not stupid.”

“And not in charge either. Trust is required here, Raken.”

He inclined his head then. “Agreed. I admit I have followed your ‘career’ with curiosity over the years, and you strike me as a woman of honour.”

She sank onto the sofa beside Lanto, breathing shallow, causing Lanto to frown. “And I admit I have ‘heard’ of the Mantle and its charming leader. Sit. Coffee?”

When Rayne smiled this time, it touched his eyes. “There was a break-in into the archives six years ago, a lady in a skiff, was the tale, sailing merrily away down the Galilan.”

He sat, keeping a distance between himself and the others.

McSee, after a moment of astonishment, started pouring and handing around coffee.

Raken theatrically touched her chest. “So close. I saw this gorgeous fair man come walking calmly down the stairs while around him everyone was in panic – I just evaded you.”

Lanto muttered under his breath.

She shrugged. “He could have followed.”

“He would have drawn too much attention to the Mantle,” Rayne said. “And now all is in the open. You have nothing to fear from me.”

“And I am willing to help.” 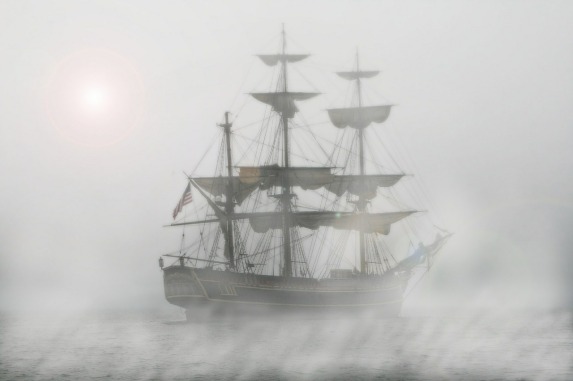 Malin Drew was widely regarded as the founding father of Valaris.

He brought the first settlers to their brave new world. He brought them in starships and brought with him technology and all the tools to create a new life. The settlers were open-minded pioneers, and Malin Drew was considered the best amongst them.

History was unclear on the subject, but sorcery and communication with aliens was outlawed around the time the warp developed to close the heavens. Open-minded altered into a narrow civilisation.

There came a time when sorcery was ‘new’, an acceptable pastime. Valarians rediscovered something lost. It was during this period of renewal that sorcerers fashioned the Ruby of Enlightenment, and it was considered a tool of great purity. They were misinformed as to its true nature, and those who did know served to misguide the rest.

Had they been aware, perhaps they would have treated a magical device with greater caution and humility.

As it was, the Enlightenment process the gem enabled set apart those able to achieve it, and they came to believe they were all-powerful. They grew arrogant and eventually discovered the awesome powers of darak.

Dark days descended and ordinary folk again withdrew from the supernatural. As men at work to feed families found aversion to the arts of magic, the ‘Enlightened’ fought amongst themselves for sole possession of the gem.

No one now knows how it was lost, only that it was a good. It was popularly assumed it went missing during one of the ‘Enlightened Ones’ dark battles, and a law was passed that it was to be immediately destroyed if uncovered. Sorcery and all arts extraordinary were forbidden anew.

The laws governing that legislation were stringent and strictly enforced, and where the laws were deemed too lax, vigilante groups formed to ensure their own manner of adherence. A different darkness descended on Valaris, one from which it never recovered.

Later came Drasso and, on his heels, the Guardians. Prejudice on Valaris bequeathed Valarians the inability to offer defence, and thus they had to accept the assistance of the ‘Deities’. Valarians even honoured them after, recognising a lack within, but could do no more than honour from afar, for the Ruby debacle preconditioned them with terrible effect. Magic was and remained anathema.

The tale of the Ruby of Enlightenment formed part of Valaris’ history, a feared tool of sorcery, and an example of hindsight to warn future generations.

It was never found. 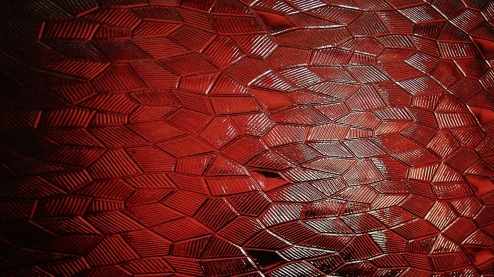 The Ruby of Enlightenment had now reappeared. By the laws of the land, it was to be destroyed. They dared not. It had a purpose. Had Infinity’s manipulations brought it out?

Or was it the will of the gem itself? 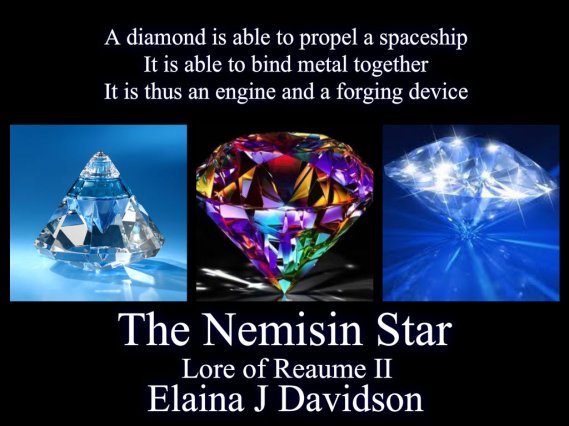 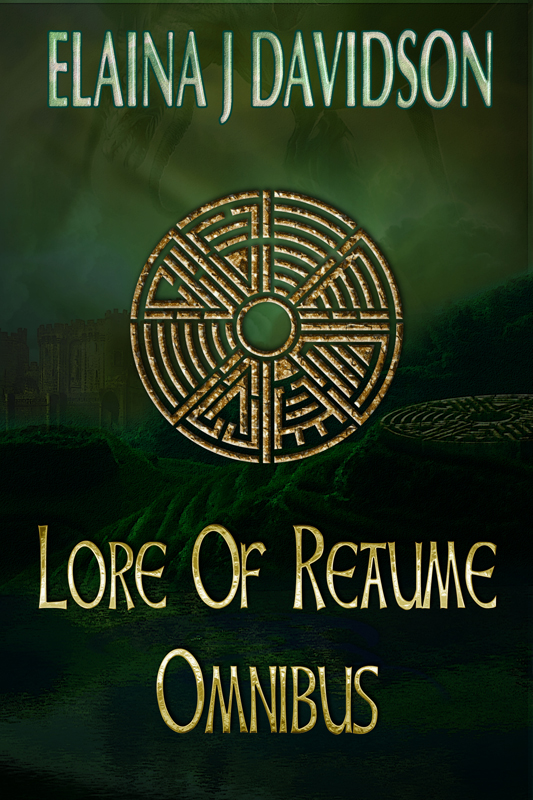